A comic about a one-eyed house cat with her fellow house cat brothers :3 Read more 
Kogure Yuuta confesses to Ebina-senpai. This is the story of their relationship. Read more

Throw Myself On My Sweet Maid


There’s nothing more concerning than that attracting a man and vowing to marry him when being a drunken chaotic mess! Bai LiangChen got drunk at a bar, and somehow became the bride of a family… That’s not right, well to say it exactly, Lian JiaYun’s personal maid. In any case Lian JiaYun is the chairman of a huge company, but is also a pervert who’s always teasing her? Read more 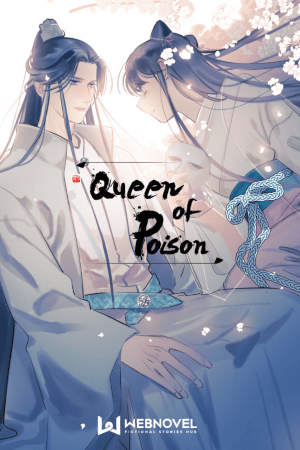 Queen Of Posion: The Legend Of A Super Agent, Doctor And Princess


"She is an ace agent, the queen of medicine and poison. Sweet and adorable she looks; resolute and cunning she actually is. She is half an angel and half a devil. When she travels through time and stays in an orphan girl's body, will she rewrite the history? ""I quit the marriage with this coward girl. To my surprise, she is so shrewd and eloquent! How ignorant I am!"" Some lord regrets. ""She is such a hottie!"" Some prince sighs. " Read more


An excellent white-collar worker travels through time and finds that she was poisoned and has to marry a strange man and can only be his concubine—“Forget about it. You’ll see my resource when I get a chance!” Finally she takes the position of his first lady by virtue of her intelligence. 【Copyright Authorized】 Read more 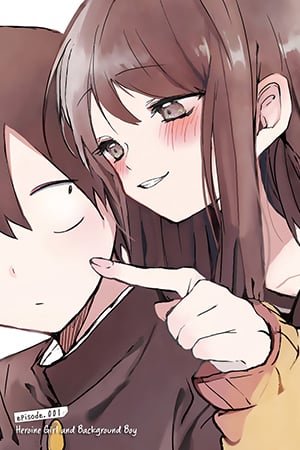 Kubo-san Doesn't Leave Me Be (a Mob)


Shiraishi is a plain boy who is two hairs short from being invisible to his classmates and peers; in other words a "mob" character. Cue Kubo, his beautiful next-seat neighbor who always notices him and playfully experiments on him to gauge just how "invisible" he really is... and then she declares herself his "heroine". Read more


I'm Jian Yu. I used to dream of a guy with a blurry face ever since I was little. The villagers said that's a ghost wishing to marry me so I was afraid that I wouldn't live past 18... However I'm 20 years old now and am fortunately still alive. I even bought a cheap villa but every night I feel that something icy is touching me in my dreams! That was when he finally appeared... and to announce that he's my... husband?! Read more


A fan made manga by Xiujia_yihuizi based on the mobile game Azur Lane that is about anthropomorphised WWII ships. A comedic slice of life manga about shipgirls. You can support Xiujia_yihuizi on: Weibo: https://www.weibo.com/u/3746428153?is_hot=1 Pixiv: https://www.pixiv.net/member.php?id=19469841 Read more


When the threat of the Dungeons looms large in the land of Aria, adventurers rally to explore them in pursuit of fame and fortune. Young Caldwell is no different, but he faces one huge obstacle: where most everyone is able to cast spells in some form, his pitifully small essence pool means he can't fight using magic like everyone else. He'll need to turn the pacifistic powers of item creation and transmutation into battle techniques in order to survive, and pursue his dream of one day making a name for himself. Read more

That Time I Was Reincarnated As A Slime Strange Tales: Monster Country Life Of Trinity


Receiving a secret mission from Callion of the Beast Kingdom Eurazania, an energetic animal-eared girl sets off to Jura Tempest Federation! Read more


From Easy Going Scans: Lord Perdien is a 1st class demon who has been living in the human world with his son. He has no intentions for his son, Miryu, to follow the path of the demons and while their lives were peaceful up until now, a succubus arrival and a sudden illness of his son are more than enough to disturb their peaceful way of living. He has to make an important choice: Either to let his son die or listen to whatever the succubus offers him for a cure. Original webcomic Read more


In Eastern History, humans and spirits exist in this world. Fox spirits have long acted as matchmakers, holding a prestigious position among spirits. In this story, the lives of a fox spirit and a man who have both rejected the idea of true love become intertwined, and their exciting adventure begins. Read more

My Wife Is A Fox Spirit


Following with nearly extinct Spirit Beasts and Soul Masters Joint force and archieve peace. 10,000 years have passed since the end of the battle of the Douluo plane with the Abyss plane. The abundant energy of the Abyss opened the door for soul masters and spirit beasts in the Douluo plane to reach knowledges, power, and ranks that were once impossible to achieve. The humans of Douluo Plane conquered the space and discovered the other planes. The expedition of scientists from the Federal Research Institute roaming the northern ice land found an egg with wavering light of gold and silver.... Read more

Daiya no A Act II


Sequel to Diamond no Ace. Continuation of Daiya no A - our protagonists continue to advance at Koshien, the biggest high school baseball tournament in Japan. Read more


Receiving a secret mission from Callion of the Beast Kingdom Eurazania, a lively furry-eared girl sets off to Jura Tempest Federation! Read more


Offending A Billionaire Comics Online. A young woman married into a wealthy and influential family. What had happened on her wedding night was made into X-rated video and grabbed the headlines. Driven painful and dreadful by such a man, would she be doomed to an end with tears and blood? Never! Let’s wait and see… Read more

Lie By The Pillow


Xinyuan was cheated by the man she loved and almost got beaten by him. Unexpectedly, a charming man who owns a well-known company came to rescue her and asked her to marry him instead. However, this was not an ordinary romantic story. Soon she realized that she was trapped into a dark conspiracy full of betrayal, jealousy, greed, and most of all, love. Read more


Lin Xiaoya’s life was anything but ordinary, and it only got crazier the night before the day of her arranged marriage. As she was jogging down the streets, a strange man kidnapped her, calling her the mother of their child! As she fights her way out of his grasp, she will continue to learn even more bizarre secrets about her fiancé, her “child” and most importantly, her sister. Will she submit to this strange man in exchange for his help to navigate this mad charade? Read more


A mecha otaku is reincarnated into another world as Ernesti Echevalier (Eru). In this world, exist huge humanoid weapon known as Silhouette Knight. Dreaming of piloting those robots, Eru, with childhood friends, Archid and Adeltrud Olter: together they will aim to become Knight Runner, pilot of Silhoutte Knight. Read more


Hosaka Mao's never stood out. Her father's a washed-up rock-and-roller. Her hair reminds people of Pippi Longstocking. She's nowhere near the in-crowd. The arrival of long-haired beauty Hasekura Yokiko changes everything... Read more


Kogure Yuuta confesses to Ebina-senpai. This is the story of their relationship. Read more

IRIS - Lady with a Smartphone Webtoon


The husband was in love with her cousin and the family was taken away by cigar. The moment I fell into despair and to end my life; the memory of my past life came to my mind. The life of a white-haired worker in Seoul, returning to the past, she decided. “I will not be abandoned by them again. Now I will forsake them!”  Ian stare full gazed at Iris’ eyes, “Do you remember what I said the other day? Are you asking for a different fee?”  “Yes. I want to get it now.” Iris, was a woman who had nothing. “I did... Read more


One day, at the base of Mt. Fuji, appeared a "castle" pouring out Youkai. To curb the labour shortage caused by a declining population, the government decided to integrate the Youkai into society; however, this led to rising conflicts between Humans and Youkai. In response, the JSDF, with aims to expand their influence in public security, secretly forms a Youkai penal tactical response force, "Tachikawa Task Force", to execute "tactical solutions" for the various issues born from this new society. Read more

I'm Around Thirty And Finally In Love


"Inoue-san, you're my first boyfriend...", says Yamamoto, 28 years old. "I don't have a lot of experience either, but we'll work through it together", says Inoue, 32 years old. In reality, Inoue's never been with a girl either, but he couldn't tell Yamamoto that. A fluffy love-comedy about the adventures of this innocent and pure couple. Read more