Love Momozono is a 14-year-old student at Yotsuba Junior Highschool that tends to care more for others than for herself. One day she visits a show of the famous dance unit "Trinity" and decides to become a dancer, too. On the same event, subordinates of the Labyrinth Kingdom show up who want to collect the unhappiness of the audience. Love gets the power to change into Cure Peach and fights them. Soon after, she is joined by her good friends Miki, who is Cure Berry, and Inori, who becomes Cure Pine. Read more


A story about two people who share the same room right from the day they first meet. Read more 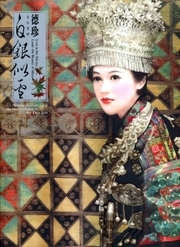 Lost in the Silvery Land: The Beauty of Miao


In order to follow her dreams and be like her mom, Chika sought out her mom’s high school to join the Folk Music Club. However, when she entered the school, the club that her mother made famous no longer existed. Depressed and at a loss for what to do, Chika eventually meets Tenko who wishes to create a band and believes Chika to be the answer. Chika is excited to be able to play in a rock band but... why are the other members all holding string instruments? Read more


A Japanese goddess of old takes a keen interest in Anamori Izumi and her ability, a more powerful form of synesthesia. The goddess has a request for her, one which will require her to break out of her shell... and learn how to play the electric guitar. Read more


Yoshotoshi Heion was a 1st year high school student who had no desire to excel--and liked it that way. In fact he chose Hiyotani High school for that reason. It was an average school only 5 minutes from his house. There's even a cute girl in his class, Rina Fujimoto, and he's already given up on her. But Rina wants to join the "Wind Orchestra Club" (Brass Band Club) only to learn it's been disbanded. Rina's passion for music inspires Yoshotoshi to help revive the club. "Once you make the first step... Who knows what will happen?" Read more


Otoya, a student at a prestigious music high school, can't stand classical music. Why would he, when rock is so much cooler in every way? It's got beat, drums, speed, everything that classical just doesn't have. But what if listening to classical music could summon beings from an alternate dimension to do battle? Not so boring now, is it? Read more

THE iDOLM@STER - Million Live! Back Stage

Lost in the Silvery Land: The Beauty of Miao Artbook


Welcome to Harmonia Music Academy, a top-class, world-renowned institution of higher learning for musically gifted students and future defenders of mankind. Yes, that’s right – heroes called “Scratch” to defend humanity. We meet our three unlikely heroes, Shuon Tempermento, Calma Perdentosi and Energico Apassio as they completely and utterly fail a critical Scratch placement exam without scoring so much as a single point. “The Problematic Trio”, as they have come to be known, will have to pull together to resolve Shoun’s brother’s mysterious disappearance, the threat of impending war and cope with their own personal turmoil, all while their school... Read more


From a genius in the world of Bande Dessinée comics, Nicolas de Crécy comes La Republique du Catch (the Republic of Pro-Wrestling), a 200 page comic serialized in Ultra Jump from July 2014 to January 2015. It's a story about Mario, a piano salesman who aspires to gain favor in the eyes of Bernice, a member of the Republic of Pro-Wrestling. Read more


When Fujiwara Motomu was first introduced to live rock music, he decided it was amazing and he wanted to be a part of it! He ran into a band member from "Blue Bears" (the band he first saw live) at a convenience store, and begged the band member to let him join. The band member told him that if he could get the top rank at the Japan Academy of Music (J.A.M.), he could join them. Fujiwara (nicknamed Fuji Cue) immediately started practicing guitar, and somehow managed to pass the entrance exam for the J.A.M.. At the entrance ceremony, he found... Read more


Shuuhei is an endlessly enthusiastic pizza deliveryman with almost no ambitions or skills, and he's determined to date Hitomi, a high school girl who made the mistake of kissing him once. Her disinterest can't stop him from loving her, though! When he asks her what she likes in a man, one of the things she mentions was the ability to play a musical instrument. In response, he decides to learn to play the trumpet. But learning about the trumpet and jazz music is going to change his life in more ways than he imagined... Read more


Green Leaves Entertainment is a tiny production company on the verge of going out of business in Sendai, the biggest city in Japan's northeastern Tohoku region. The agency once managed the careers of magicians, photo idols, fortune-tellers, and other entertainers, but its last remaining client finally quit. In danger of having zero talent (literally), the president Tange hatches an idea of producing an idol group. On the brash president's orders, the dissatisfied manager Matsuda heads out to scout raw talent. Matsuda makes a fateful encounter with a certain girl... Read more


The adventures of Gumi Megpoid and the rest of the internet-brigade.Gumi gives it her all to become a vocaloid and/or idol Read more


Yohei is in the Woodwinds Orchestra at his high school where he plays the clarinet as one of the few boys in the group. The president of the group is Azumi who also happens to be Yohei’s first girlfriend. Azumi has never had a boyfriend before and the couple has many awkward moments as their relationship is still fresh. With both Yohei and Azumi acting a little shy with each other, being intimate is difficult but their love for each other makes them braver. Read more


A project to develop new superpowers is underway in Academy City. That project will turn Accelerator into a --?! Read more

VOCALOID - The Artist Master & The Miku Who Doresn't Sing (doujinshi)


High school students Kamijou Haruta and Homura Chika are members of a wind instrument club that is on the verge of being shut down. The two are childhood friends and they spend their days practicing hard, while also trying to recruit new members. When a certain incident happens within their school, they work together to solve it. Read more


Kohinata Kanade is a second year violin student at Seiso Academy's Music Division. She lives together at the school dorm called Linden Hall with her childhood friends, brothers Kisaragi Ritsu and Kyouya. They practice intensively day after day at their orchestra club, aiming for victory at the nationwide music concours. However, one day Kanade is told by a boy she doesn't know "Your performance has no flower"?! Read more


Ho-Kyung likes the violin, but born to a normal family, he has no intention of pursuing it as a career. When he was young, it was the small violin given to him by his friend Uiju that created the small passage connecting him to music. Now as a high school student, one accident destroys the precious violin and leads Ho-Kyung to an encounter with the violin repair workshop… A journey begins with a very simple wish, the desire to have his own violin. Read more